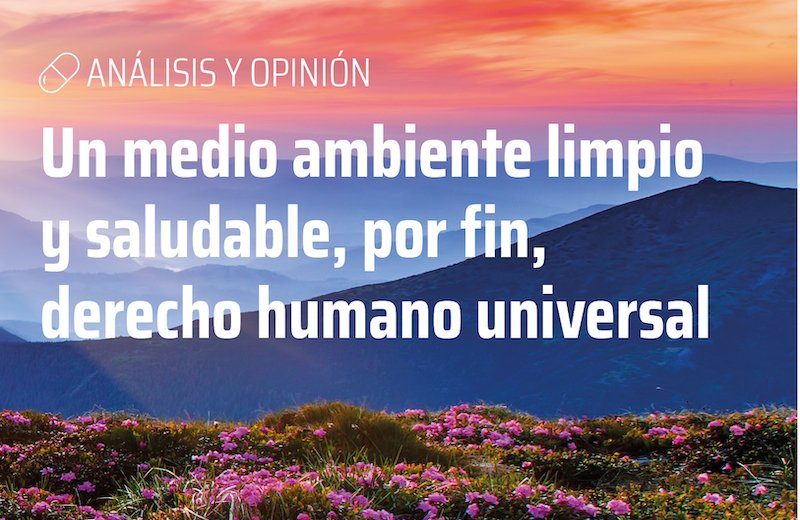 The scientist and president of the “Hope Climate Action Foundation“, Fernando Valladares, published a very important thread on his Twitter account: 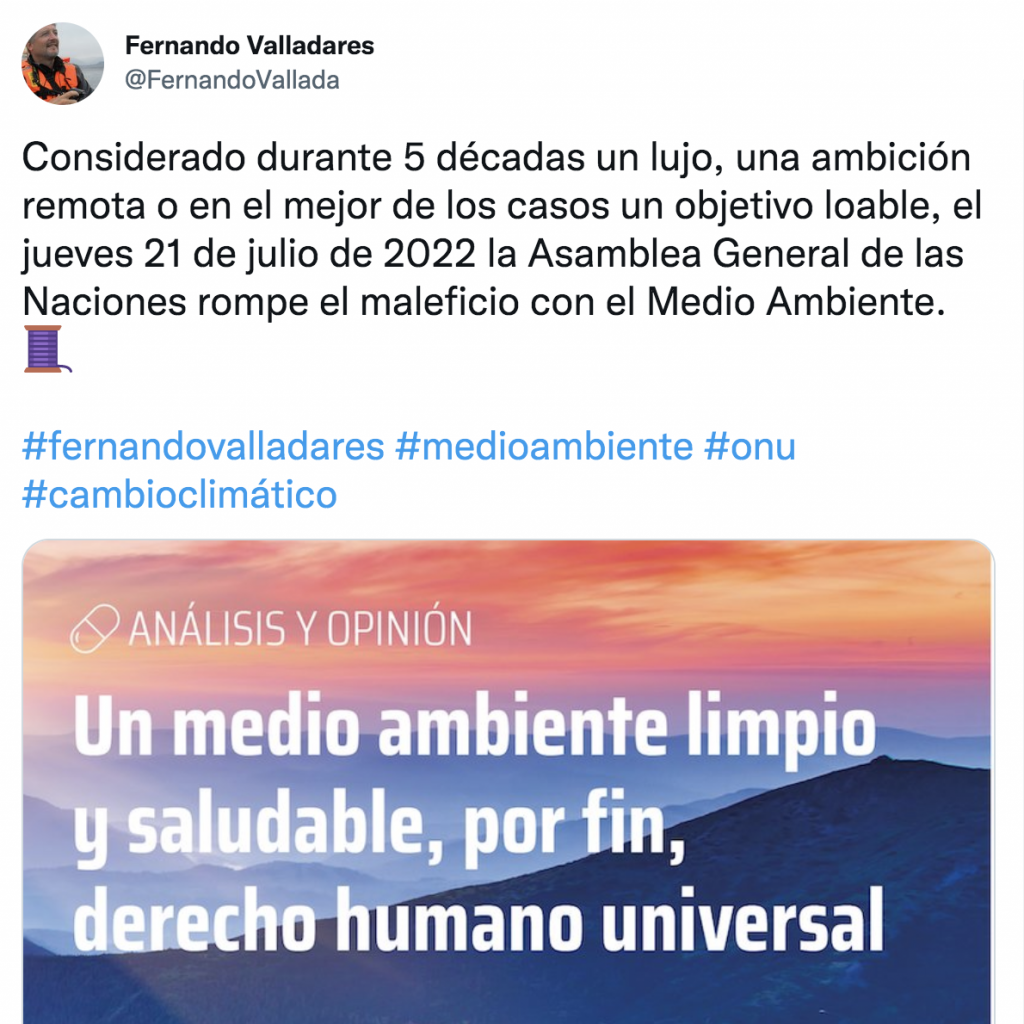 The news article Valladares pointed out that “although the decision had eight abstentions”, none of the states opposed the UNO’s “historic” declaration. The head of the body “says it is a sign of how the international community can unite to fight the triple environmental crisis facing the planet”. The declaration will change the very nature of international human rights law,” the UN statement said.

The General Assembly voted on a resolution proposed by Costa Rica, the Maldives, Morocco, Slovenia and Switzerland that recognises “access to a clean, healthy and sustainable environment as a universal human right“. The text, now co-sponsored by more than 100 countries, notes the “right to a healthy environment“. The text recognises “the impact of climate change, unsustainable management and use of natural resources, air, land and water pollution, inadequate management of chemicals and wastes, and the resulting loss of biodiversity interfere with the enjoyment of this right, and that environmental damage has negative implications, both direct and indirect, for the effective enjoyment of all human rights“, the note says.

The resolution, with 161 votes in favour and eight abstentions, builds on similar language from last year’s Human Rights Council, which calls on “States, international organisations and business to intensify their efforts to ensure a healthy environment for all“.

Calling it a “milestone in addressing the triple environmental crisis“, UN Secretary-General António Guterres welcomed the adoption of this “historic resolution”. He said it “shows that member states can unite in the collective fight against the triple global crises of climate change, biodiversity loss and pollution”. He added that “the resolution will help reduce environmental injustices, close protection gaps and empower people, especially those in vulnerable situations, such as environmental human rights defenders, children, youth, women and indigenous peoples,” he said in the spokesperson’s press release.

According to Guterres, this approval “will help States to accelerate the implementation of their environmental and human rights obligations and commitments” and insisted that “the international community has given universal recognition to this right and brought us closer to making it a reality for all”. However, for the spokesperson this “is only the beginning” and he urged nations to “make this newly recognised right a reality for everyone, everywhere”. 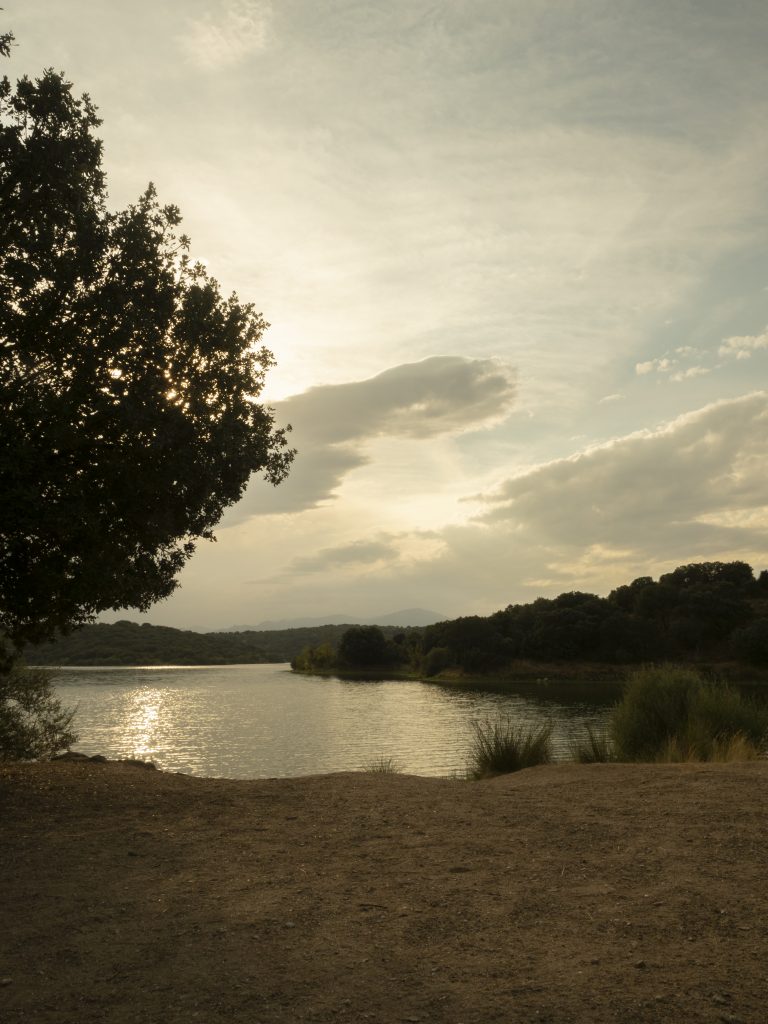 On the other hand, the UN High Commissioner for Human Rights, Michelle Bachelet, welcomed the Assembly’s resolution, but also called for “urgent measures to implement it” and not remain on paper. The former Chilean president said that “it is a historic moment, but it is not enough to affirm our right to a healthy environment. The General Assembly resolution is very clear: States must fulfil their international commitments and intensify their efforts to make it a reality. We will all suffer far worse effects from environmental crises if we do not work together to collectively avert them now“.

Bachelet also called for “providing vital limits to economic policies and business models” for a universal right now recognised. She added that the resolution “emphasises underpinning legal obligations to act (for the environment), rather than simply allowing it to be a discretionary policy. It is also more effective, legitimate and sustainable.

The news shared by Fernando Valladares reviews the five decades of demands until reaching this recognition in 2022. It is undoubtedly important news that continues to add to the dissemination of solutions against the climate emergency, as we intend to do from HOPE! We still have time. 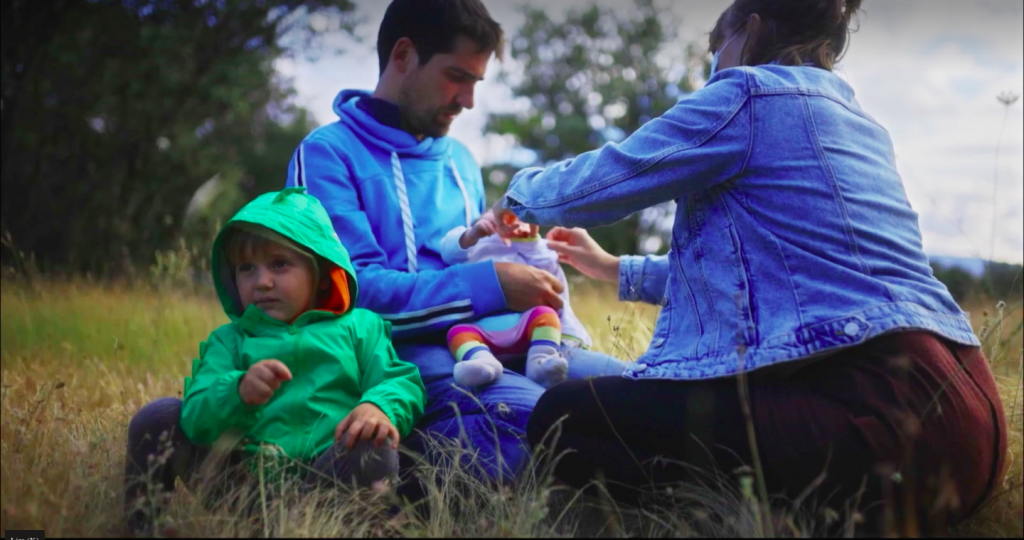 This newly recognised right “will be crucial to address the triple planetary crisis”, according to the UN Secretary General: climate change, pollution and biodiversity loss, all of which are mentioned in the text of the resolution.

For the World Health Organisation (WHO), “air pollution is the single largest cause of illness and premature death in the world, with more than seven million people dying prematurely each year due to pollution”. “The decline or disappearance of biological diversity – which includes animals, plants and ecosystems – impacts on food supply, access to clean water and life as we know it, highlight scientific studies, reports and international bodies, and is the origin of ‘Hope the series‘ project, to contribute our grain of sand to the solutions of this emergency,” the web note highlights.